Sometimes the contrast of the image heavily drops, when we use coax types of telecentric lenses:

Let’s take a look at the situation, when we use the coax type of telecentric lenses. 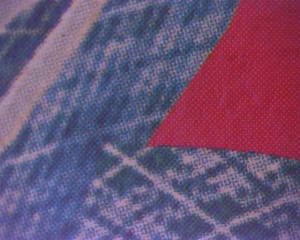 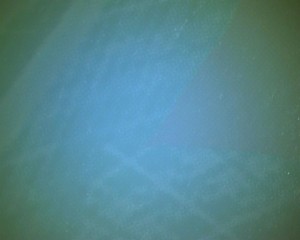 Question: What’s wrong with the lens or illumination?
Answer: The lens and illumination are just fine, but the object has been chosen wrongly.

The most likely reason for this symptom of dropping contrast is neither the lens nor the illumination, but the object (!).

Let’s have a look at the so-called “beam splitter cube” used in most coax type telecentric lenses: 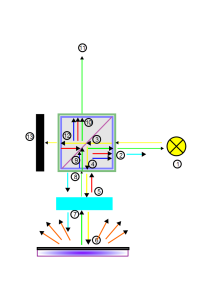 So what’s the reason for the bad image contrast?

For shiny objects (mirrors, the mechanics of watches, metal pins of connectors .. ) the useful information of the image is overlaid with about 4.4% stray light from internal reflections in the beam splitter cube. This results in a good contrast and an nicely illuminated image.
For diffuse reflecting objects (paper, fabrics, wood, .. most things around us) the useful image information is overlaid with roughly 20(!) times the amount of stray light.
Of course the stray light doesn’t increase .. ; the “useful information” is just reduced.
This results in an image with contrast.

To show this in detail, let’s follow the light through the beam splitter cube:We assume here an AR coating of the cube and lenses of 99% and 10% absorption by the mirror.

Now let’s trace the other part of the beam

We left the beamsplitter towards the object, so is that it? Unfortionately not!

Finally the light reaches the object. So is everything good now ? Not at all !

But that’s still aceptable!. Remember, in the above photos, the object wasn’t a mirror but diffuse reflecting paper. What happens in this case? .. Prepare yourselves!

NEVER use a coax type of telecentric lens for inspection of a diffuse-reflecting object. The internal reflections in the beamsplitter cube are much higher than the image information from the object. The contrast will drastically suffer.