We describe here the (yes, complicated) relationships between : 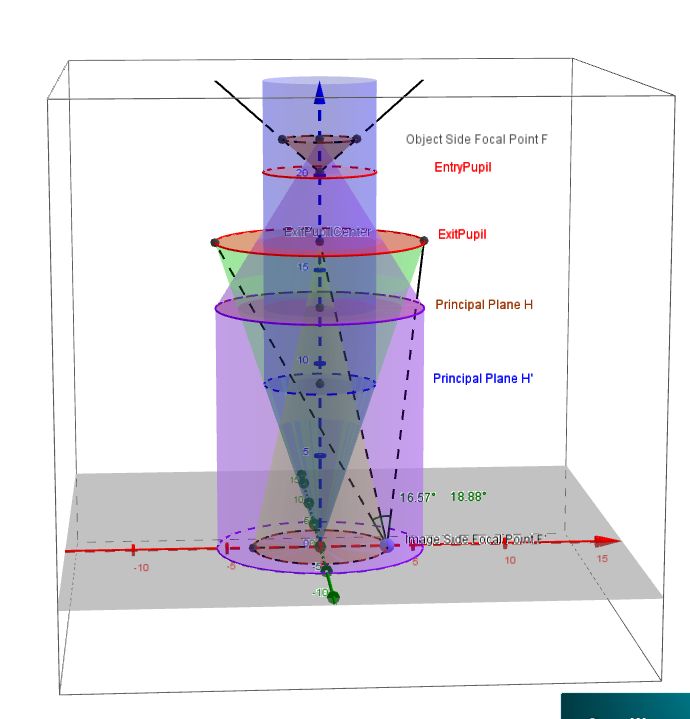 Given : focal length, F#, Image circle, CRA
Lets assume the object is at infinity because only there, the F# is defined and the image shall be focussed).